founded by the Inventor of the Thin Disk Laser

from the start on, the main objective was to support thin disk projects in science and industry

1988: Dausinger took the opportunity of the international conference LIM to present his idea of the ideal laser for welding: Power, efficiency and focusability as a CO2-laser and wavelength like a Nd:YAG-laser. The disk laser was the first one to fulfill these requirements, some years later.

1991: Invention of the disk laser. “Following the basic theory of the MIT scientist T.Y. Fan Giesen laid the foundation of the disk laser with his colleagues Klaus Wittig, Uwe Brauch and Andreas Voß. The idea how it could work came Giesen on the return flight from Fan’s lecture in Los Angeles.” (citation from Laser Community)

2000: Start of first series production of a disk laser at Jenoptik. Since then about 10.000 lasers mainly for medical therapy have been produced.

2002: Berthold Leibinger Innovation Prize for the inventors Giesen, Wittig, Brauch, Voß et al. and for the director of the university institute.

2004: Rank prize  for Adolf Giesen for the invention of the disk laser.

2004: Start of series production of high power disk lasers at Trumpf. Since then more than 500 high-power lasers mainly for welding and cutting have been produced.

2004: Foundation of TGSW as a daughter of non profit company FGSW which was at that time closely related to the university institute IFSW.

2007: Foundation of Dausinger + Giesen GmbH. Acquisition of TGSW. Installation of both companies in a former chocolate factory in the center of Stuttgart.

2007: Giesen appointed director of the institute TP of DLR in Stuttgart. 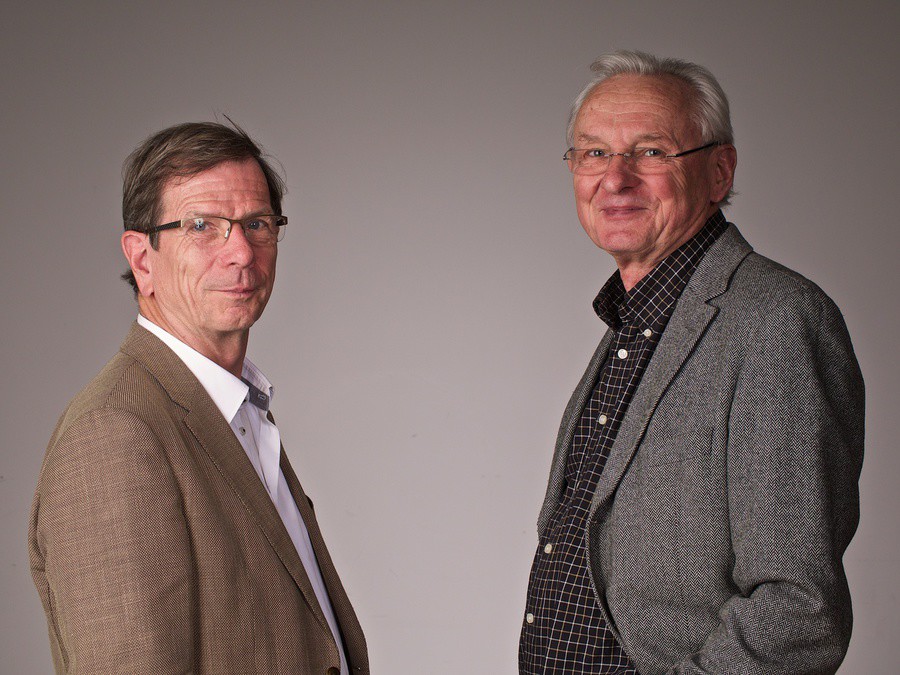 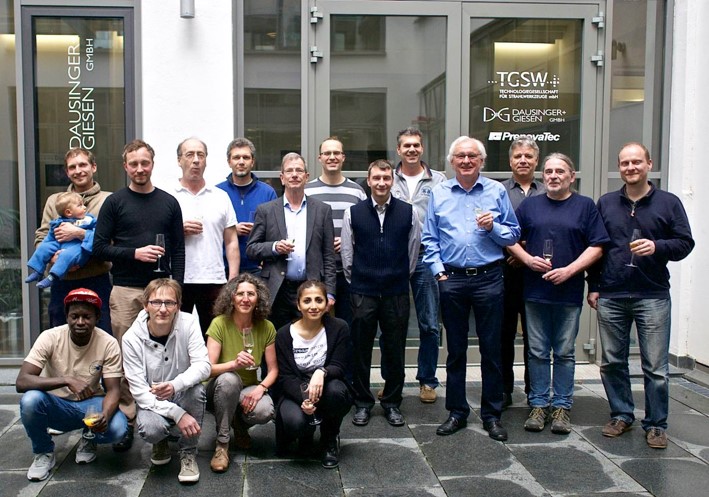 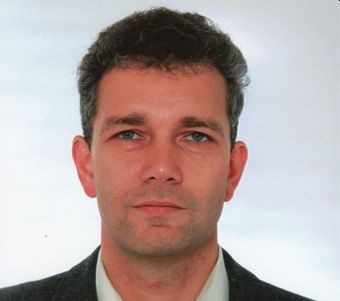 After 21 years full of successful fundamental research and development in University of Stuttgart during which they had been responsible for laser sources and for material treatment techniques, respectively, Adolf Giesen (left) and Friedrich Dausinger (right) founded the startup company Dausinger + Giesen GmbH with the aim to promote the disk laser technology.

Apl. Prof. Dr. Friedrich Dausinger´s background in manufacturing with lasers acquired in industry and in university helps to develop lasers to the needs of customers. He is well known in the laser community for his contributions to energy coupling, welding of Al and micro machining with short and ultrashort laser pulses. He coordinated two German research programs offering federal funding for the development and the application of ultra short pulsed lasers (FST and Femtonik). He is fellow of the Laser Institute of America (LIA) and corresponding member of the Russian Academy of Engineering Sciences.

Privatdozent Dr. Adolf Giesen is director of the DLR Institute of Technical Physics in Stuttgart dealing with laser development for defense and civil applications. He is supporting D+G by consulting and networking.

He has been developing high power direct diode systems based on single emitters.

Since 2017 he has been leading technically and financially a company manufacturing  laser based selective laser melting additive manufacturing devices.

Mikhail Larionov studied solid state physics at Technical University of Saint Petersburg. After moving to Germany, he completed his PhD at the University of Stuttgart in the group of Dr. Giesen, developing thin-disk lasers. He was responsible for development and manufacturing of the mounted laser disks, which is the key technology for any thin-disk-laser.

During his PhD he executed and leaded several scientific projects. One of the projects finalized in building of a laser for measurements under microgravity conditions during free-fall in the drop tower in Bremen.

His work at the university institute continued in the company Dausinger+Giesen founded by Dr. Giesen and Dr. Dausinger, who left the institute at that time. In the company he has a position of CTO.

He engaged in R&D on solid state lasers in NEC corporation where he studied on an active-mirror concepted solid state laser and a mid-infrared fluoride glass fiber laser for medical application.

In 2000 he participated in establishing Cyber Laser Inc. as a co-founder. He managed over projects such as development and production of a CW VUV laser to be applied to a semiconductor industry and development and application studies of ultrafast lasers employing D+G’s thin disk modules that are versatile for various scientific and industry fields.

Since 2018 he joined to D+G and was recently appointed to manage the sales and the production divisions.